You are here: Home / Sports and Leisure management in Turkey / BIKE TOUR IN ISTANBUL

Cycle the imperial streets of Istanbul and see more than you would on a walking tour. Bike past the Blue Mosque, Hagia Sophia, Topkapi Palace, and more, and get off the road to explore leafy parks and waterfront paths.

Explore Istanbul by bike and see some of the most beautiful sights of the city while burning off some calories. You will ride your bike through palaces, mosques, churches, parks, and the most characteristic districts of historic Istanbul, including Eminönü, Kumkapı, and Yenikapı.

Depart from Eminönü and admire the Galata Bridge, New Mosque, and Spice Bazaar. Look across the Golden Horn to the district of Beyoglu. Ride along the waterfront to Gülhane Park, an oasis of peace extending over the slope of Topkapı Palace.

Leaving the park, catch a glimpse of the former gate of the Grand Vizier’s residence. Take a short ride to Sultanahmet Park and see the city’s iconic St. Sophia and Blue Mosque. Run the full lap of the Hippodrome, just like the Roman horse-chariots used to, and admire the obelisks that dominate the street.

Pass through its imposing gates of Topkapı Palace, the magnificent residence of the sultans, and proceed downhill to the Marmara waterfront. Here you will see some still-standing stretches of the Theodosian walls, which once protected the city.

Reach the bustling seaside district of Kumkapı, a fishing center since ancient times, where you can taste the best fish of Istanbul either from the fish market at one of the fish restaurants lining the streets.

Go to the ancient port of Yenikapı where a huge number of shipwrecks and associated artifacts are currently under investigation. See the silhouette of the massive Aqueduct of Valens as you climb the hill to Şehzade Mosque.

Some more thrusting on the pedals takes you to the Süleyman complex, considered the masterpiece of the Ottoman architect Mimar Sinan.

Next stop is the Grand Bazaar, one of the oldest closed markets in the world. Here you can lose yourself in the maze of galleries and bargain for handmade carpets and antiques.

Continue downhill to Rüstem Pasha Mosque, another Sinan masterpiece, built for the Grand Vizier Damat Rüstem Pasha. From here, proceed back to the start point at Eminönü and end your tour in the square in front of the New Mosque. 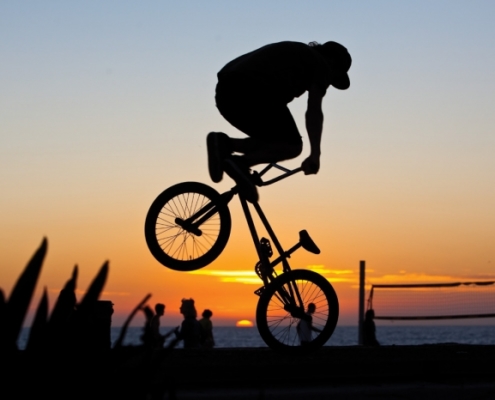 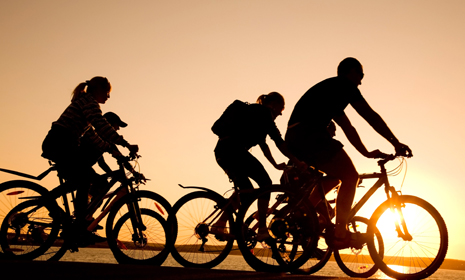