It this workshop, you will learn how to make Turkish Coffe – Turkish Tea and you will make a sightseeing tour in the Spice Market – Local Food Market and Eminonu Area .

We will pick you up from your hotel ( For Central City Hotels ) and after that we will come to Eminonu Area to our Coffe shop, we will give you some information about the culture and Turkish Tea – Coffe after that we will roast the coffe beans together and make the Turkish Coffe and Turkish Tea in our store.. Once they are ready, we will taste them along with some sweets.. Upon request, our waiter can give you a short Turkish Coffe Fortune telling as well.. After tasting we will give you some turkish coffe and small gifts in a package. Then we will go to Spice bazaar and other local shops for sightseeing . Upon request, we can visit the historical Rustempasa mosque as well..

Turkish coffee is a method of preparing unfiltered coffee. Roasted and then finely ground coffee beans are simmered (not boiled) in a pot (cezve), optionally with sugar, and served in a cup where the grounds are allowed to settle. At present, it is found in the Eastern Europe, North Africa, the Caucasus, the Balkans, and Middle East.
From the days of the Ottoman Empire through the present, coffee has played an important role in Turkish lifestyle and culture. The serving and consumption of coffee has had a profound effect on betrothal and gender customs, political and social interaction, prayer, and hospitality customs throughout the centuries. Although many of the rituals are not prevalent in today’s society, coffee has remained an integral part of Turkish culture.

Brought to Istanbul in 1555 by two Syrian traders, coffee became known as the “milk of chess players and thinkers”. By the mid-17th century, Turkish coffee became part of elaborate ceremonies involving the Ottoman court. Coffee makers (kahveci usta), with the help of over forty assistants, ceremoniously prepared and served coffee for the sultan. Betrothal customs and gender roles also became defined through coffee rituals. In ancient times, women received intensive training in the harem on the proper technique of preparing Turkish coffee. Perspective husbands would judge a woman’s merits based on the taste of her coffee.
For both men and women, coffee has been at the center of political and social interaction. During the Ottoman period, women socialized with each other over coffee and sweets. Men socialized in coffee houses to discuss politics and to play backgammon. In the early 16th century, these coffee houses played host to a new form of satirical, political and social criticism called shadow theater of Turkish folklore in which puppets were the main characters (such as Hacivat & Karagoz). Over the years, Turkish coffee houses have become social institutions providing a place to meet and talk.
Today, Turkish coffee houses continue their role in society as a meeting place for both the cultured citizen and the inquisitive traveler. Istanbul offers many new and delightful cafe – restaurants where friends and family meet to discuss topics of the day over a cup of traditional Turkish coffee.
Derived from the Arabica bean, Turkish coffee is a very fine, powder-like grind. An aromatic spice called cardamom is sometimes added to the coffee while it is being ground. One can also boil whole seeds with the coffee and let them float to the top when served. Turkish coffee has six levels of sweetness ranging from very sweet to black. Since sugar is not added to the coffee after it is served, spoons are not needed. As the coffee begins to heat, it begins to foam. A rule of the Turkish coffee ceremony dictates that if the foam is absent from the face of the coffee, the host loses face.
Turkish coffee is served hot from a special coffee pot called “cezve”. Tradition states that after the guest has consumed the coffee and the cup is turned upside down on the saucer and allowed to cool, the hostess then performs a fortune reading from the coffee grounds remaining in the cup. Rich in tradition and flavor, Turkish coffee remains a favorite today.

Turkish coffee is an Intangible Cultural Heritage of Turkey confirmed by UNESCO. 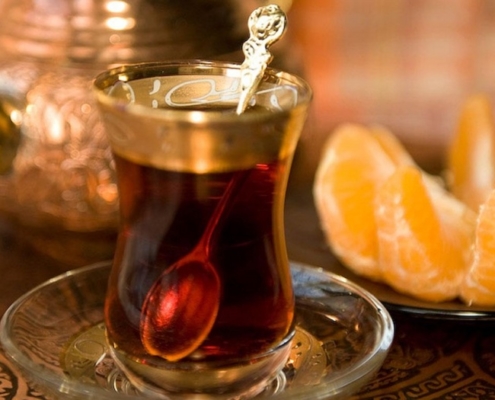 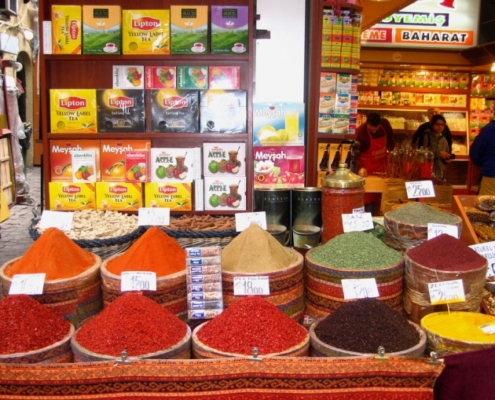 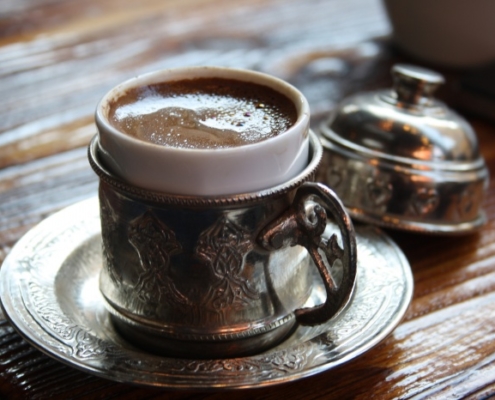 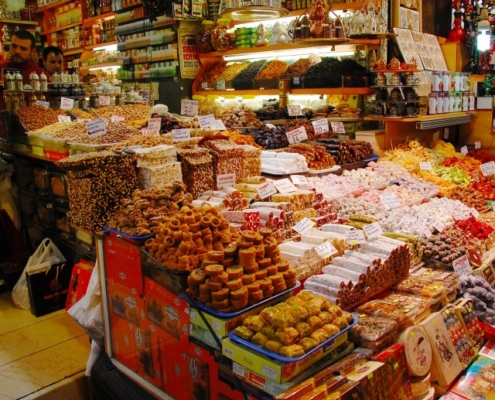 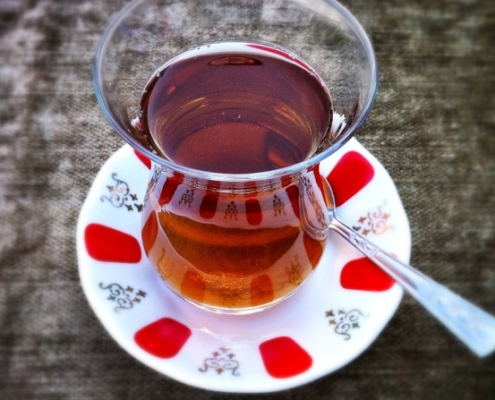 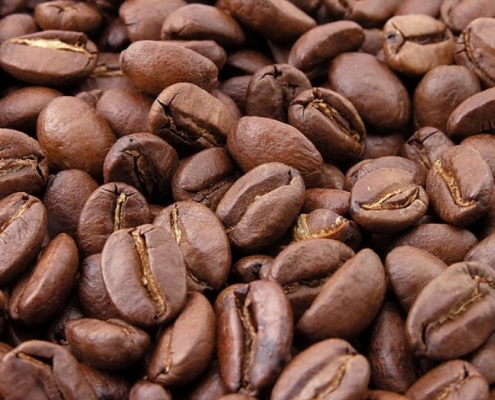 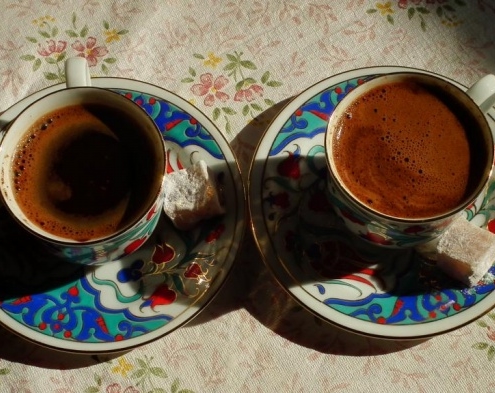 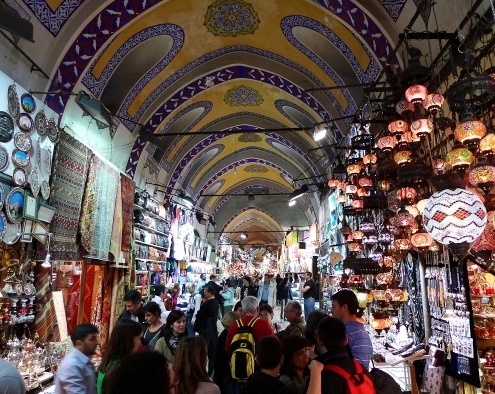 A YEAR WITH RUMI – LECTURES ABOUT SUFISM